Home DIY If You See A Man With One Painted Fingernail, THIS Is What It Means…
DIYVideo

If You See A Man With One Painted Fingernail, THIS Is What It Means…

In the past, various acts of activism have been displayed in creative ways, and this new trend is no exception. Elliot Costello started this just recently, and it involves men painting just one of their fingernails.

While in Cambodia, Costello found a young girl named Thea that lived in an impoverished area. Thea and Costello spent quite a bit of time together playing games and painting each other’s nails. After bonding enough to where Thea felt comfortable disclosing her personal life, she confided in him that she was being constantly abused sexually.

Elliot was utterly shocked, and saddened by the news. He promised then and there to keep one nail painted to remember her, and what she had endured. Additionally, he further promised to do whatever he could to raise awareness about her and other children who had encountered the same struggle in their lives.

Staying true to his word, Elliot then founded the Polished Man Project which works to raise awareness for the many children worldwide who are sexually abused.

What Separates this Type of Activism from the Rest

It is quite unusual to see a man with painted fingernails, especially only one, and most would think it to be odd. However, once they discover the truth behind the painted fingernail and the cause, they might then go on to raise further awareness. A quick internet search would bring you to Elliot’s project’s website, and on there you have the ability to donate to sexual abuse recovery and prevention. 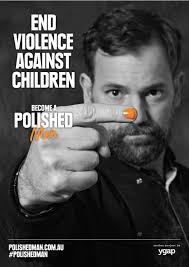 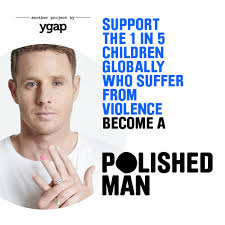 Approximately 1 in 5 children are or have been sexually abused. Raising awareness to this very fact is the only way that we can help to prevent it. Sharing information such as this, and participating in activism such as this, or even in other forms, can produce amazing results that could change the world. Share this article as a way to link others to this information, and provide them with a means to participate in something truly life changing.

20 Ways to Use Apple Cider Vinegar Every...

Here’s What Happens to your Body if You...

If You Want To Accelerate Brain Development In...