We are way past the social stereotype that weed smokers are dumb. We know that marijuana has immense benefits for the mind and the body.

While most of those benefits are obtained by oils and methods that don’t involve smoking, scientists found some interesting things when they looked at the brains of some real ‘stoners’. There have been massive amounts of research regarding the benefits of this potent herb. Scientists have discovered tons of things about this amazing plant, and it can even kill cancer cells – or rather, make them kill themselves! Aside from all of the medicinal studies on marijuana, scientists also found some interesting discoveries when looking at the brain of a weed smoker.

The researchers studied a group of long-term marijuana users and compared how their brain responded to different rewards in comparison with those who did have only used marijuana for a short period of time. Most people claim that marijuana is not addictive, but according to this study conducted by the University of Texas. They studied the brains of 53 participants who are long-term smokers, and 68 people who did not use marijuana. They were given a series of tests involving different objects.

The object was a pencil, which was considered to be a neutral cue, a fruit for a natural cue, and another item that was typically associated with marijuana, like a joint or pipe. These objects were the cannabis cues. An addict is thought to be someone who uses marijuana every day, according to the American Psychiatry Association. 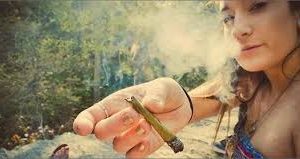 Just like the researchers assumed, the long-term cannabis users responded strongly to the cannabis queue over the other ones. The response came from a part of the brain that is associated with reward, according to Business Insider. “We found that marijuana disrupts the brain’s natural reward circuitry, making marijuana highly salient to heavy users. In essence, these brain alterations could be a marker of transition from recreational marijuana use to problematic use,” said researcher Dr. Francesca Filbey.

The researchers also asked the participants if they thought that marijuana use had affected their lives. Most of them said they had problems with personal relationships with friends and family, and it helped them.

“We found that this disruption of the reward system correlates with the number of problems, such as family issues, individuals have because of their marijuana use. Continued marijuana use despite these problems is an indicator of marijuana dependence,” said Dr. Filbey, as reported by the Daily Mail UK. They also found that long-term marijuana users had lower IQ’s as reported by Business Insider.

“We cannot honestly say that that is what’s happening here,” said Dr. Fibley, as reported by Business Insider. They didn’t find proof that marijuana was directly linked to lower IQs, rather they just saw there was a relationship between the two.