Home Natural Cures Save Your Liver, Protect Against Cancer and More with This Plant
Natural Cures

Save Your Liver, Protect Against Cancer and More with This Plant

Milk Thistle has long been used in the alternative medicine circles, dating back as far as the 1st century A.D. Legend has it that the white veins that were running through the leaves of the plant were caused by a single drop of the Virgin Mary’s milk.

With its use dating back as far as the Greek and Roman times and continuing through the Middle East and Europe, milk thistle is a traditional treatment for liver disorders and gall bladder disorders, as well as an effective way to protect the liver against poisons and toxins.

Milk thistle is native to southern Europe, southern Russia, Asia Minor and North America, however, it has also been brought to North and South America in more recent years, where it has since been naturalized. The plant gets its name from the white liquid that comes from the plant’s leaves when they have been crushed. 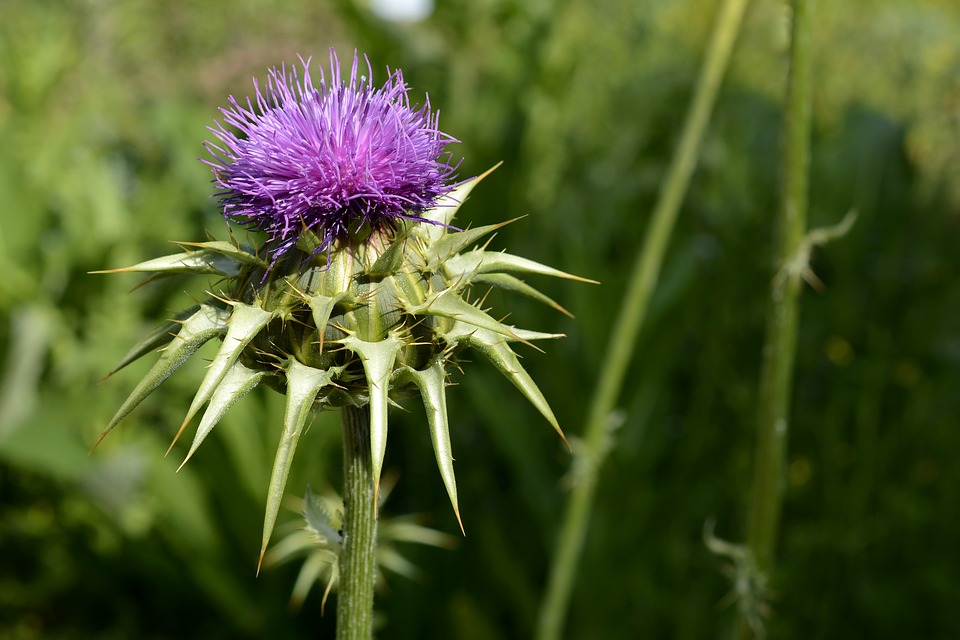 As experts continue to test the medicinal powers associated with milk thistle, we are able to better understand which of its benefits can be scientifically proven, and which ancient beliefs in regards to the plant have since been debunked.

Protecting and Detoxifying the Liver

One of the oldest recognized uses for milk thistle is in the treatment and protection of the liver. Working as a ‘blood purifier,’ the liver provides an essential function to our bodies, removing toxins and harmful substances from our blood, detoxifying the body, releasing bile into the small intestine to aid in the digestion process and releasing glucose into the bloodstream to provide the body with energy.

After careful study, milk thistle has been approved as a treatment for a number of different liver diseases and ailments including jaundice, psoriasis, fatty liver syndrome, and hepatitis. It has also been found effective in reversing the damage caused by extensive alcohol and drug use.

Experts have found that milk thistle’s anti-inflammatory properties allow it to lower the level of inflammation in the body, specific in relation to heart health. In doing so it is able to clear the blood and prevent potential oxidative stress damage that may occur within the arteries. This works to promote optimal health within the circulatory system and helps to lower high cholesterol levels in the body.

Protect the Body Against Cancer

Within the seeds of the milk thistle plant, you can find an antioxidant flavonoid called silymarin. A study conducted at the University of Minnesota in 2007 investigated the potential use of the plant, and specifically silymarin, in the prevention of various types of cancer. The study’s authors wrote, “There is strong preclinical evidence for silymarin’s hepatoprotective and anticarcinogenic effects, including inhibition of cancer cell growth in human prostate, skin, breast, and cervical cells.”

May Help with the Management of Diabetes

While this particular benefit requires further study, early research is indicating that silymarin may be an effective tool in the control and prevention of diabetes. One study, conducted by the Department of Pharmacology at the Institute of Medicinal Plants in 2006 investigated just this claim. Studying a group of diabetic patients, researchers found that those patients given silymarin extract reported improved insulin levels and a more ‘regular’ fasting blood glucose level in comparison to those patients who did not receive the extract. This is likely due to the role that the liver plays in the regulation of insulin and glucose in the body.

8 Natural Ways to Get Rid of Hemorrhoids,...