This mother was told her baby was not going to make it. At a weight of just one pound and six ounces she already has been through so much.

Victoria Bradly, a 37-year-old was told her newborn daughter who was born just two days before the abortion cut off in the UK would not make it. She was born this past April and struggled to take her first breath. You see, children born at this early have a very low survival rate and their bodies are often very underdeveloped.

By some miracle, little Francesca Bradley-Curran is still with her family today. She has battled things like sepsis, two collapsed lungs, and meningitis all the while somehow pulling through. Pictured below you will see Francesca after being born. She appears smaller than palm sized. After being admitted Francesca was finally discharged 17 long weeks later. 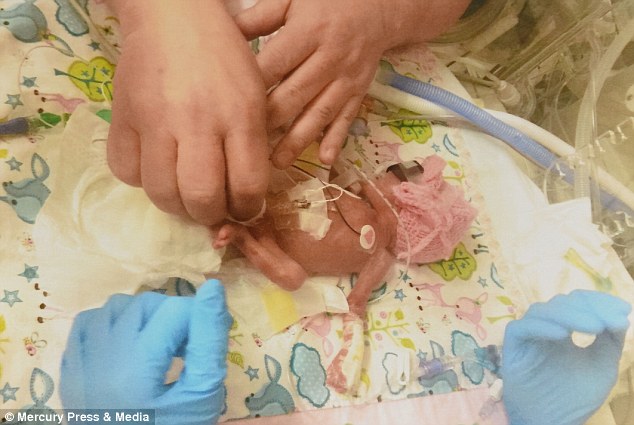 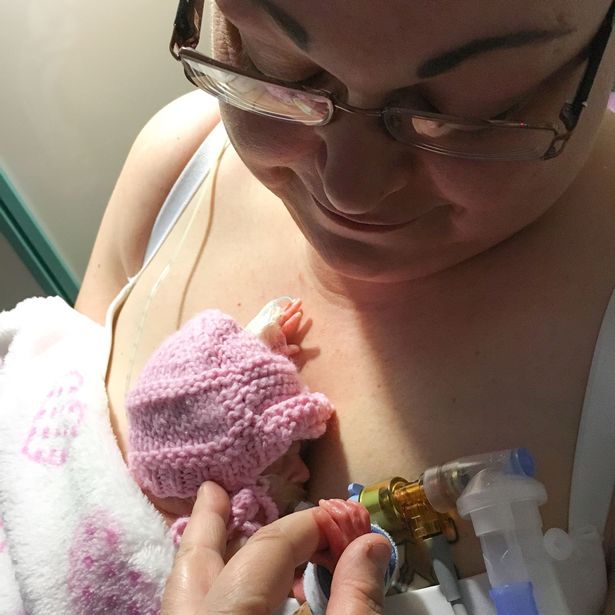 According to the laws in the UK, they would not have worked so hard at saving her had she been born two days earlier. In the UK babies born before the cut off for abortion are considered ‘viable.‘ This child went from an hour by hour baby to a full of life nine month old.

Below is a picture of her now with her mother who is beyond ecstatic to have her around. Ms. Bradley was told before getting pregnant that she would never have children because of issues she had regarding her ovaries. Getting pregnant in the first place came to them as a surprise. It was only natural that they did everything they could to keep her alive. 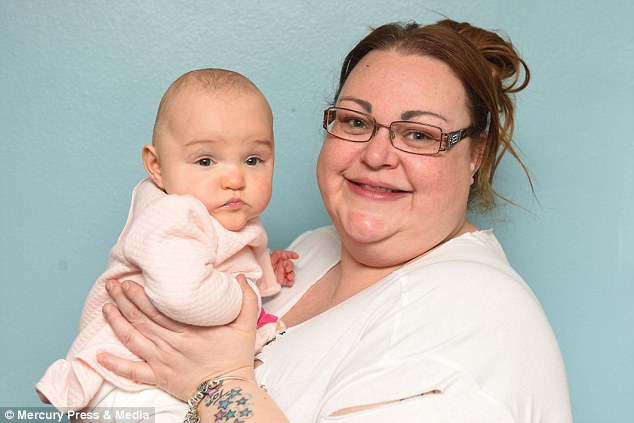 It took life support, a team of fifteen doctors and a ton of hard work to keep this lovely lady alive. To think that if she had been born just two days earlier she would not have received the help and care that she did is appalling. What do you think of this miracle baby? Tiny feet and all she is a fighter! 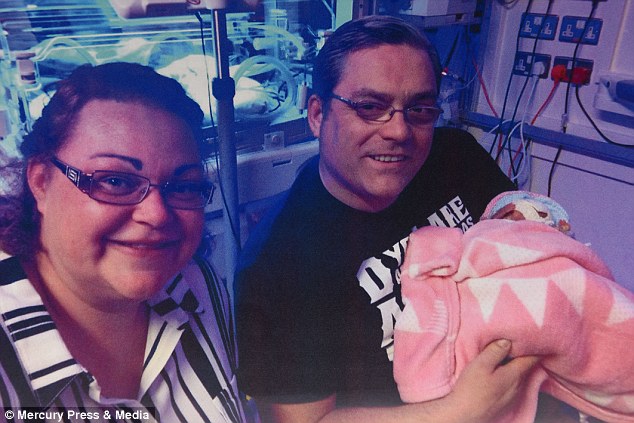 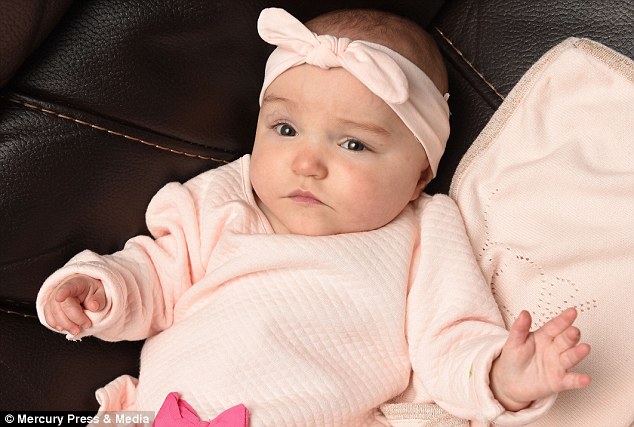 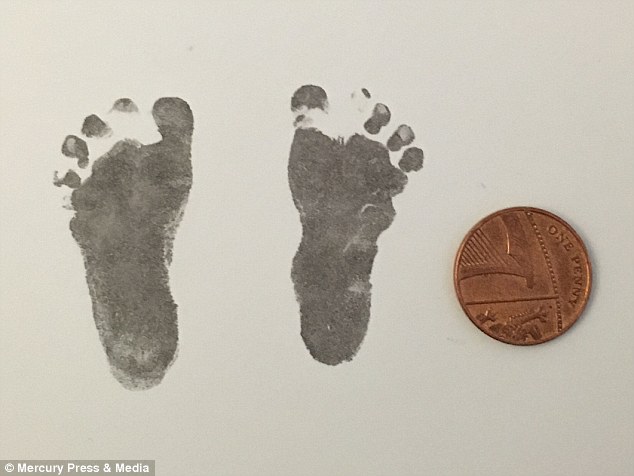