Aloe vera is super beneficial to your health. It contains super powerful antioxidants and vitamins, but recent studies have shown that aloe vera bought from Walmart or CVS isn’t even actually aloe vera.

Yes, it is true – Walmart and CVS brand aloe vera aren’t even aloe vera. These days you have to be cautious of all the brands you purchase. The rise of corporate greed has made it unavoidable for big businesses not to hide toxic ingredients from the public. For example, Coca-Cola spent over one million dollars in funding anti-GMO labeling campaigns. In other words, they are spending money to make it legal for them to hide their dangerous contents of their products. 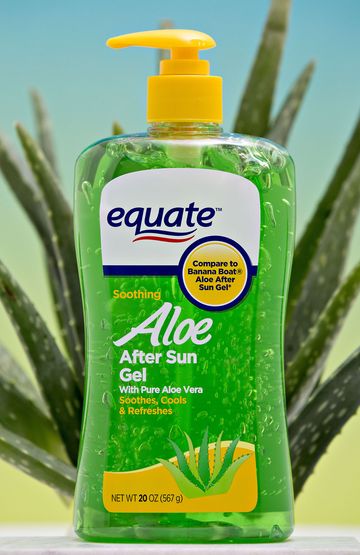 “Samples of store-brand aloe gel purchased at national retailers Wal-Mart, Target and CVS showed no indication of the plant in various lab tests. The products all listed aloe barb adenosis leaf juice — another name for aloe vera — as either the No. 1 ingredient or No. 2 after water.”

“Aloe’s three chemical markers — acemannan, malic acid, and glucose — were absent in the tests for Wal-Mart, Target and CVS products conducted by a lab hired by Bloomberg News. The three samples contained a cheaper element called maltodextrin, a sugar sometimes used to imitate aloe. The gel that’s sold at another retailer, Walgreens, contained one marker, malic acid, but not the other two. That means the presence of aloe can’t be confirmed or ruled out, said Ken Jones, an independent industry consultant based in Chapala, Mexico.”

Despite the evidence-based research they found,  a spokesman from Walmart, US Health group, and Walgreen’s Boots Alliance says that their products are indeed authentic. “The four gels that Bloomberg had analyzed were Wal-Mart’s Equate Aloe After Sun Gel with pure Aloe Vera; Target’s Up & Up Aloe Vera Gel with pure aloe vera; CVS Aftersun Aloe Vera Moisturizing Gel; and Walgreen’s Alcohol-Free Aloe Vera Body Gel. The lab that did the testing requested anonymity to preserve its business relationships.

The tests used a technique called nuclear magnetic resonance. It found additives such as maltodextrin and other ingredients, like triethanolamine, an emulsifier. In all the samples, lactic acid, a component that indicates degraded Aloe Vera, was absent.”
If you are looking to improve the health of your skin, soothe a sunburn, or soothe an actual burn, it is more efficient and safer to grow your own aloe. Aloe is a great plant to have around the house, and it is easy to grow too! You can grow aloe all year long, winter or summer and you can grow it indoors too! It is crucial for your health to refrain from big companies such as Walmart’s products. They too often contain ingredients that are super harmful to us. You can not trust any major corporations nowadays.