If you haven’t already heard of all of the toxicity Monsanto is spreading around, then you must be living under a rock. Their toxic pesticide, Glyphosate, has been found in many different types of food. At last, here’s another one!

A lawsuit has been filed by Lewis Daly of Brooklyn claiming that Quaker Oats contain a cancer-causing substance called glyphosate. This chemical is horrible for the human body, or that of any living matter.  In 2009, a French court found Monsanto guilty of lying; falsely advertising its Roundup herbicide as “biodegradable,” “environmentally friendly” and claiming it “left the soil clean.” This is pure lies, and the chemical not only 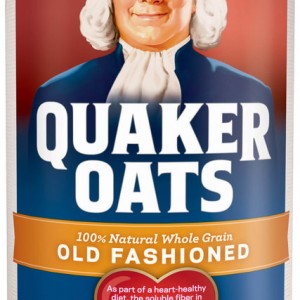 is poison but you will soon notice the effects of it. It could be the very reason cancer is so prevalent in the United States.

Some side effects of glyphosate include:

Monsanto has falsified data on Roundup’s safety, and marketed it to parks departments and consumers as “environmentally friendly” and “biodegradable. A French court ruled those marketing claims amounted to false advertising. It is best to avoid all products with this toxic chemical.