Turmeric Works Better for Knee Pain Than Any NSAID!

Knee pain is something that nobody wants to experience. Our knees are essential to good health, and when they decline, our entire body does.

Knee pain can be excruciating and can ruin every day for you. If we aren’t able to get up and be active at least a little bit, our entire body will start to decline in health. The decline and weakening of your legs are actually the number one cause of premature death in the elderly. Without our knees, it is impossible to have a healthy body. Knee pain just stinks in general, and we often resort to taking nonsteroidal anti-inflammatory drugs (NSAIDS) to cure our leg pain. While it might be a temporary fix, they actually cause more problems than they fix.

NSAIDS are dangerous for several different reasons. For starters, they increase your risk for heart failure. Doctors have been concerned for quite some time now that NSAID use might be contributing to heart disease. Well, according to research published in the British Medical Journal, NSAIDS increase your risk by an astounding 19%! That’s not all either; They can also cause internal bleeding, Gastrointestinal damage, and stomach ulcers.

NSAIDS do not only damage your gastrointestinal tract, but they pose potential threats to your esophagus and small intestine too. According to Byron Cryer, MD, more than half of all bleeding ulcers are caused by NSAIDs. If that’s still not enough, they can also cause renal failure. There are literally tons of reasons why you should never take a NSAID, but there are even more reasons as to why you should be treating your knee pain with a natural remedy. They not only soothes the pain, but it increases the overall health of your knees.

One of the best natural ingredients to use for knee pain is Turmeric. Turmeric has tons of science backed uses, and knee pain is one of them. It can be used to treat arthritis, osteoporosis, and rheumatism. It has been traditionally used in China for thousands of years, as well as other Indian cultures. It blocks anti-inflammatory cytokines and enzymes including cyclooxygenase – 2 (COX-2), which is the target of a leading arthritis medication, Celebrex. 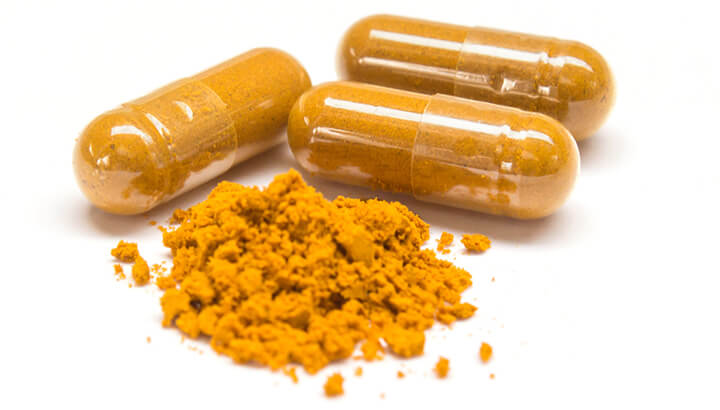 There have been several studies proving the pain reversing effects of turmeric. One 2010 clinical trial found that a turmeric supplement called Meriva provided long-term improvement in pain and function in 100 patients with knee OA. Also, a small 2012 pilot study, a curcumin product called BCM-95 reduced joint pain and swelling in patients with active RA better than diclofenac, a nonsteroidal anti-inflammatory drug (NSAID). So what are you waiting for? Your knee pain is aching and turmeric is the best ingredient for it. But, what’s the best way to take turmeric?

You can use turmeric as a topical applicator as well as take it in supplements. All you have to do is mix with warm water to create a paste. Apply the paste to the affected areas once a day, or as needed. If you can do this in combination with taking it orally, your pain should be alleviated totally!