Home Health This Is How to Decode Your Vaginal Discharge
Health

This Is How to Decode Your Vaginal Discharge

It is normal for women to experience some vaginal discharge, and in most cases, does not indicate health problems. However, if you are experiencing discharge with a different odor or color, this could be the sing of an infection, imbalance or disease. Know what you to look for, and when to worry! 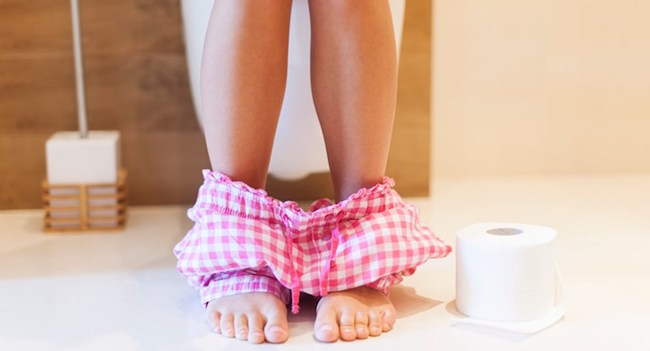 The human body is designed with internal healing mechanisms, working to keep all organ systems balanced and in top working condition. The female body is a complex machine, with all systems including the immune, skeletal and endocrine systems working together. The vaginal area is a sensitive area, and responds to stimuli from all other organ systems.

Vaginal discharge is a regular occurrence, as a woman’s body sheds cells on a regular basis, however if you are experiencing blatant changes in the smell, texture, color or type of discharge, this could indicate a larger problem in your overall health.

What is Considered Normal?

It is important to keep this point in mind! If you have noticed discharge, this does not necessarily mean that something I going wrong. Normal vaginal discharge may vary from clear to a milky white color, and is a normal part of the human reproductive system containing water, microorganisms and vaginal cells. Stimulated by estrogen levels in the body, it acts to flush out old cells from the vaginal wall, glands of the cervix and uterus.

What Does Your Vaginal Discharge Reveal? 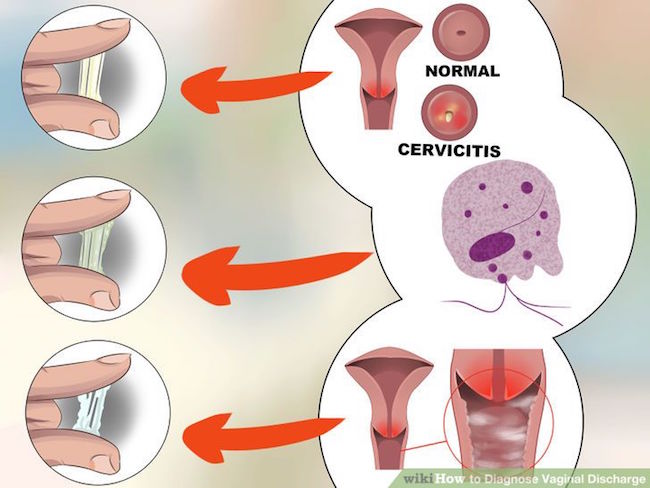 It’s Wet, Stretchy and Clear to White in Color

Occurring during the middle of your cycle, this discharge indicates ovulation. “Discharge at ovulation can be copious. I often hear from patients who are worried something is wrong, but its normal.” explained Alyssa Dweck, M.D., OB/Gyn in Westchester, New York and coauthor of ‘V is for Vagina.’

This particular discharge is indicative of a yeast infection. “There’s usually a lot of cottage-cheese looking discharge, and while it doesn’t have an odor, it’s accompanied by killer itching of the outer or inner labia.” said Dweck. “A yeast infection is incredibly common and can be caused by a ton of things, such as taking antibiotics or sitting around in your damp gym clothes. Yeast love warm, moist environments.” Yeast infections can be cured at home in my cases with the aid of an over the counter anti-yeast cream. If this is not effective, or if you have any additional concerns, contact your doctor to ask about an anti-fungal prescription.

It is Thin and Grayish, With a Strong Odor

This is a sign of Bacterial Vaginosis. According to the Centers for Disease Control and Prevention this is the most common vaginal infection found in women aged 15 to 44. “The odor is the defining trait – it’s kind of a foul, fish-like smell,” states Dweck. Once your doctor has diagnosed this infection it is easily cured with prescription medication. Bacterial Vaginosis is still a mystery to many in the medical community, as there is no clear cause, however it generally means that the bacterial balance in your vagina has been upset in some way.

It Has an Unpleasant Odor, is Frothy and is Tinged Green or Gray

The signs point to Trichomoniasis. The CDC refers to this as the most common and curable STD in the United States, and you don’t’ have to have sex to catch it. ”Trichomoniasis is caused by an organism that can live on towels, vibrators and other inanimate objects,” describes Dweck. It is important that you pay careful attention for this as most men and women who contract this disease don’t’ show any symptoms. The CDC reports that, if it is left untreated, it can make it easier for a woman to contract HIV. Also, if you are pregnant, it can impact your baby’s health. See your physician right away if you believe that you may be experiencing any signs or symptoms, and it can be treated and cured quickly with a prescription.

It Stings Slightly, and is Yellowish-Green in Color

It is time to talk to your doctor, as this is likely one of two common bacterial STDs, chlamydia or gonorrhea. Other signs to watch out for include burning during urination or pelvic pain, however most women have no symptoms! Both of these STDs are easily cured with antibiotics, however your partner also needs to see their doctor. Dweck explained, “Both partners need to be cured, or you’ll keep passing either infection back and forth to each other.

This is most likely just breakthrough bleeding, which regularly occurs during the first few months after a woman goes on the pill, during the hormone adjustment phase. If it is a darker red or brownish-colored discharge this may simply be leftover blood from your last period, which took its time leaving your vagina. There are some rare cases in which bloody discharge can signal something more threatening, such as a precancerous cervical lesion. Dweck advises, “Let your doctor know, so she can check you out and rule out a serious issue.”