Home Health How To Get Rid of Bloating: 9 Strategies Backed By Science
HealthNatural Cures

How To Get Rid of Bloating: 9 Strategies Backed By Science

Approximately 10 to 25% of healthy people experience bloat to some degree according to recent reports, and this number increases significantly in those who suffer with gastrointestinal disorders, such as IBS. Despite being incredibly uncomfortable, most people don’t know what options they have to manage this condition. 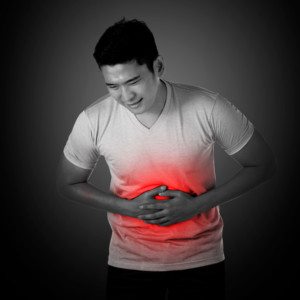 Bloat is often confused with dyspepsia (indigestion), water retention and stomach distention. While they all share similar symptoms, and may occur simultaneously, they are separate issues. The common symptoms include gas retention and abdominal discomfort, usually following a large meal. In some more severe cases of bloat it can cause abdominal distention.

While the exact causes can vary from person to person, it is typically a result of abdominal gut bacteria, increased nerve perception of pain, unusually slow digestion, psychological distress, abnormal abdominal muscle reflexes or food sensitivities. 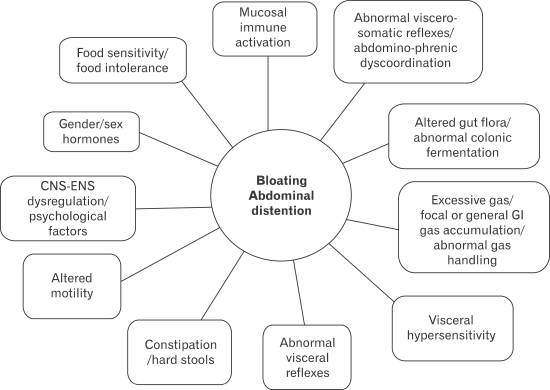 The good news is that diet changes alone can help to prevent most cases.

The spiritual practice of meditation, connecting the mind with the body, has been know to relive psychological stress, which is one of the known causes of bloat. A small study of 13 IBS patients was conducted, adding 15-minute meditations to their schedules, twice daily. The participants reported significant improvement in their bloating, which continued at their 3-month and 1-year follow up visits.

If you are unable to attend yoga classes at a studio near you, you can access free instructional podcasts here. There are also free apps available such as Calm and Headspace. 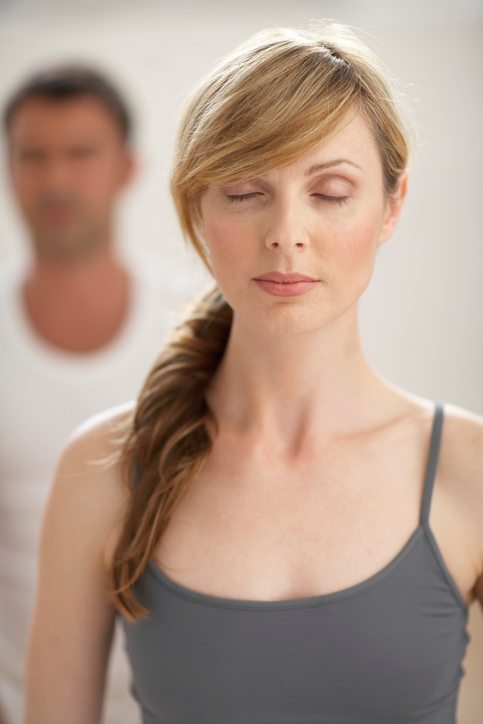 Irritable Bowel Syndrome (IBS) is a gastrointestinal disorder that is responsible for several digestive symptoms, with bloating being one of the most common symptoms, experienced by more than 90% of sufferers. Often triggered by specific foods, IBS and food sensitivities are closely linked.

In one study, 43 participants were placed on a diet specifically designed to be low in exposure to food sensitivities, while 39 others continued to consume a regular diet, acting as the control group. At the end of the study 82% of the patients in the low sensitivity group reported marked improvements in bloating, while just under half of those on the regular diet reported the same.

A recent study, investigated the impact of peppermint oil on IBS sufferers. The first group of 35 volunteers received capsules that contained both peppermint oil and fiber three times daily, whereas a second group, the control group, of 37 volunteers received a placebo pill containing only fiber. At the conclusion of 4 weeks the control group showed a 28.1% improvement in symptom scores for bloating and distention. The group receiving the peppermint oil, however, saw a 53.5% improvement! 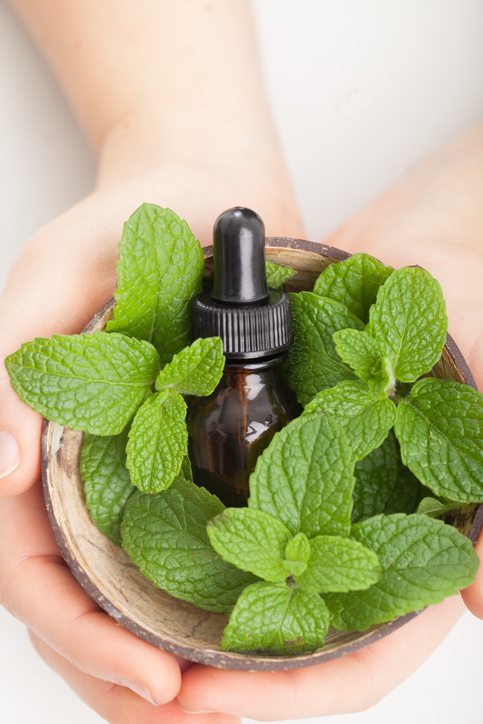 Some of the easiest, and yet most highly effective changes come from making changes to when you eat, and how much you consume in a single sitting. There are several studies that suggest that the body is more sensitive to the sensation of the stomach after meals.

For this reason, you should eat several smaller meals to prevent the bloating sensation, as this will reduce stomach stretching. Eat slowly during meal times, and avoid using straws a they can provide a route for additional gas to find its way into the stomach.

There are several foods that have been found to contribute to bloating in addition to those already discussed (known food sensitivities). Foods that increase gas volume contribute to build up of gas in the intestinal tract. This includes carbonated beverages which introduce more gas into the digestive tract, as well as chewing gum and hard candy as they may cause you to swallow excess air which may, in turn, increase gas production.

Chewing gums and hard candies also carry an additional risk, as many contain sugar alcohols. This ingredient is largely indigestible, and is the reason why many chewing gum packages contain a warning on the label. Additional items to be cautious about include low quality protein powders, meal replacement powders and caffeine. 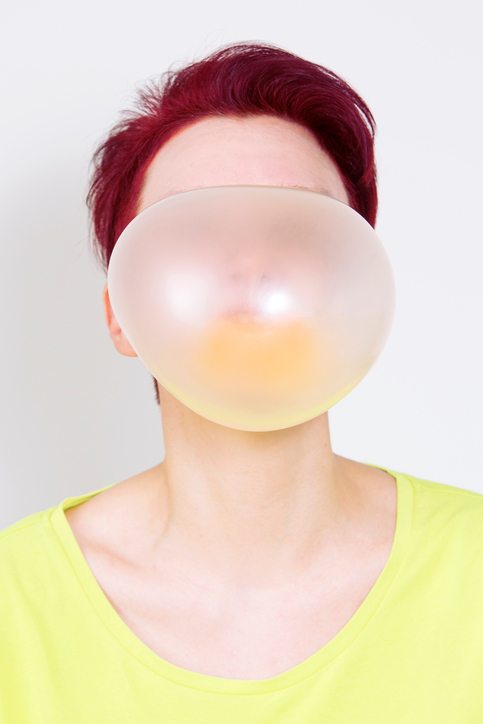 Within the body digestive enzymes break down the foods that you consume into smaller components. Some people lack the enzymes that are required to break down certain foods, specifically the carbohydrates associated with food sensitivities. When these undigested carbohydrates reach the gut and undergo the process of fermentation, they cause both gas and bloating.

The following digestive enzyme supplements, when taken with meals, may help:

7. Probiotics Can Help Get Rid of Bloating

Found naturally in a number of foods, as well as supplement form, probiotics are a beneficial bacteria that has been found to help alleviate digestive problems, especially bloating.

A study was conducted including 122 IBS patients, in which they were provided with a daily dose of Bifidobacterium bifidum. The results indicated a significant level of improvement both in bloating and pain symptoms in comparison to those that were on a placebo. A second study, involving the use of a combination of strains of bacteria over a 4-week period, showed similar results.

Not all probiotics have proven results, however the following strains at specific doses, when taken for at least 4 weeks:

Comparison of change in IBS symptoms with B. bifidum vs. placebo before and after treatment. Lower score is better.

Ensuring that you drink adequate fluids, and maintain a regular exercise routine will help to ensure regular bowel movements. This is important, as constipation is a major trigger for bloating. When selecting your fiber sources, avoid those that are known food sensitivity triggers.

Hard stools within the digestive tract have been found to increase the diameter of the rectum. This greatly slows down the movement of food and gas, contributing to both gassiness and bloating. Constipation has also been connected with an increase in fermentation of carbohydrates in the gut, which produces gas. It is for this reason that bloating has been found to be the most common symptom of constipation-dominant IBS, or IBS-C. 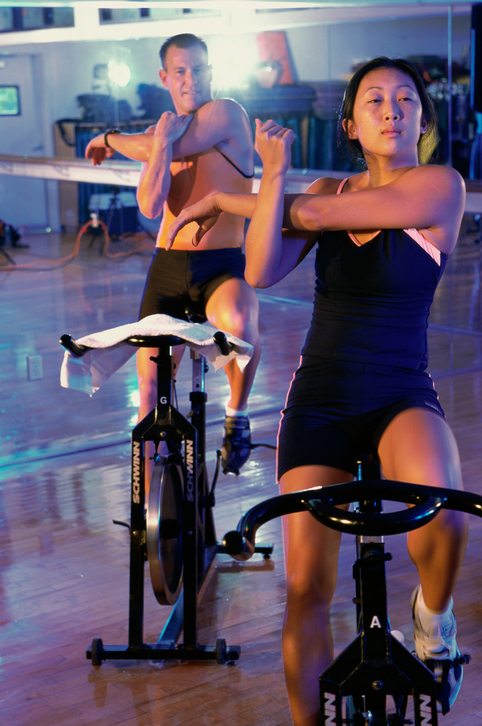 A small study was completed in which 8 volunteers, 7 of which suffered from IBS, received infusions of gas into the digestive tract. The participants were then asked to alternate between periods of rest, and low-intensity exercises on a stationary bike.

During this time researchers compared measurements of those who were at rest to those partaking in the exercise. It was found that those at rest retained approximately 45% of the infused gas, whereas during exercise only 24% was retained. Low-intensity exercise helps to move the gas through the digestive tract, and can be beneficial to reducing bloating.