Cancer is an extremely detrimental disease. It has destroyed the lives of thousands, if not millions of people. Conventional medicine isn’t trying to prevent disease, they’re trying to gain new customers. 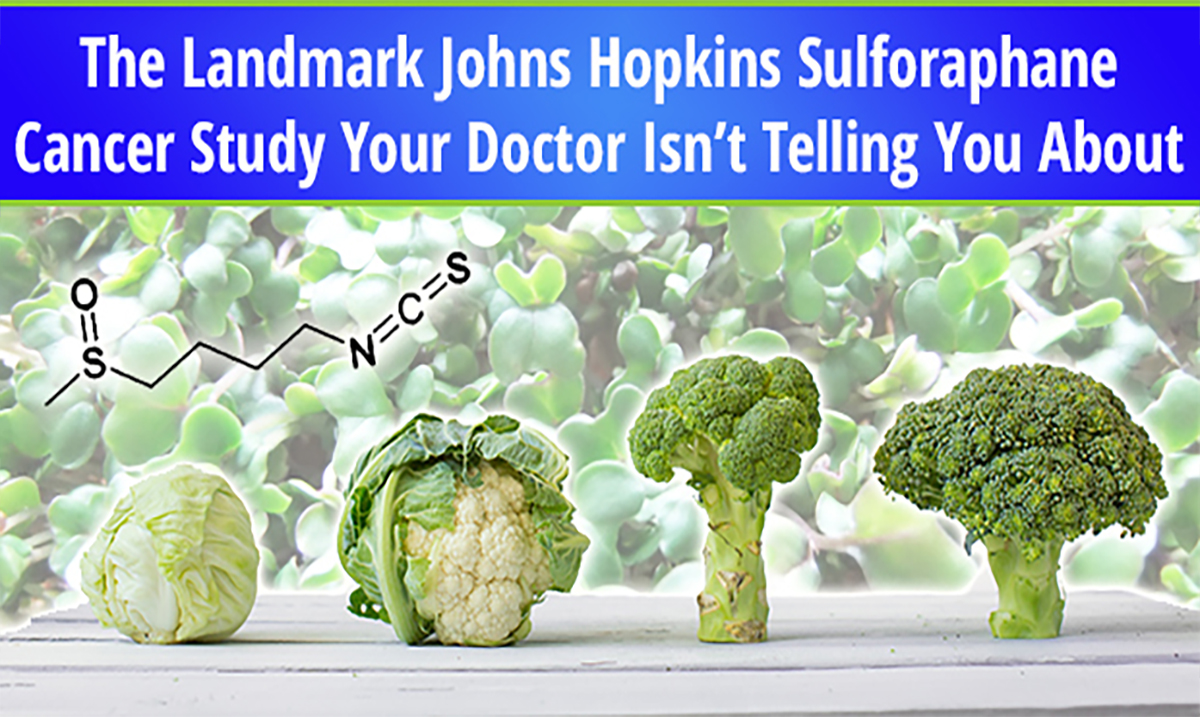 Cancer affects millions of people, and the number of cases is only rising. You would think that all of the medical advancements we have today that cancer and disease wouldn’t be much of a problem. However, that’s the opposite of what’s actually happening. Disease and cancer cases are steadily increasing. However, a recent study has reported that there is an effective way to keep cancer away.

“Three-day-old broccoli sprouts consistently contain 20 to 50 times the amount of chemoprotective compounds found in mature broccoli heads and may offer a simple dietary means of chemically reducing cancer risk,” Dr. Paul Talalay reported in a 1997 Johns Hopkins press release. Dr. Talalay is the founding director of the Lewis B. and Dorothy Cullman Chemoprotection Center at Johns Hopkins University of Medicine. He is one of the most prestigious researchers and doctors out there in the field of phytochemicals. He completed his study in 1991. It was one of the first to focus on cancer prevention through diet. They isolated sulforaphane in cruciferous vegetables for cancer prevention.

The researchers of the study fed broccoli sprout extract to female rats for five days before exposing them and a control group to carcinogens. The rats that had consumed the broccoli sprout extracts produced fewer tumors than the ones who didn’t. The first publishing venue Talalay and his colleagues approached about their findings were science magazine, but they rejected it. However, it was eventually published in the Proceedings of The National Academy of Sciences a year later. Ever since doctors have scrambled to keep this information quiet, even though there have been multiple studies since that backup the many anti cancer effects of phytochemicals like sulforaphane.

“There’s no romance in it,” says Michael Sporn, professor and cancer prevention researcher at Dartmouth Medical School. “There’s no one on death’s door whose life is saved through prevention. The American public is way ahead of medicine on this.”

In 2016 there are an estimated 1,685,210 people that will be diagnosed with cancer in the United States alone. The most common cancers are breast cancer, lung and bronchus cancer, prostate cancer, thyroid cancer, and bladder cancer. They’re all extremely dangerous and fatal, and your doctor doesn’t care!

It’s time to take matters into your own hands. Stand up to the big pharma by treating yourself with natural ingredients.