Home Natural Cures Drugs and a Brain Surgery Failed This Man for 20 Years in His Parkinson’s Battle. After Medical Marijuana He Was Able to Bike 300 Miles (Video)
Natural Cures

Drugs and a Brain Surgery Failed This Man for 20 Years in His Parkinson’s Battle. After Medical Marijuana He Was Able to Bike 300 Miles (Video)

Parkinson’s disease is a progressive disease of the nervous system. It is marked by tremors, muscle rigidity, and slow imprecise movement. It chiefly affects middle aged and elderly people. It is associated with degeneration of the basal ganglia of the brain and a deficiency of the neurotransmitter dopamine. Parkinson’s treatment is rather complex, and can very often be completely ineffective. However, researchers have found a natural ingredient that treats it like no other – Cannabis.

Researchers are happy to study cannabis in relation to Parkinson’s after people with Parkinson’s disease People have given anecdotal reports of and posted on social media about how effective marijuana is in treating their tremors. Some researchers think that cannabis might even be a neuroprotectant. The major drug molecules in marijuana are known as cannabinoids. Cannabinoids have been studied for use in treating other symptoms like bradykinesia, the slow movement brought along by Parkinson’s

One Parkinson’s sufferer is Larry Smith. Larry was diagnosed with Parkinson’s disease over 20 years ago. His story is truly heart touching. His life was completely changed by the amazing benefits of cannabis and its effect on Parkinson’s. Larry was a former police officer, and he fought through the painful and stressful symptoms of Parkinson’s using cannabis. He did what no doctor ever imagined someone with Parkinson’s could do; He rode a bike over 300 miles in South Dakota, and he says it’s all thanks to cannabis.

Larry agreed to star in a movie about overcoming challenges of Parkinson’s called Ride With Larry. Larry tried a variety of pharmaceuticals and medications over the course of 20 years, and he even had brain surgery! However, neither of these treatment options did him any good, and they definitely can’t compare to the amazing help he received from cannabis. 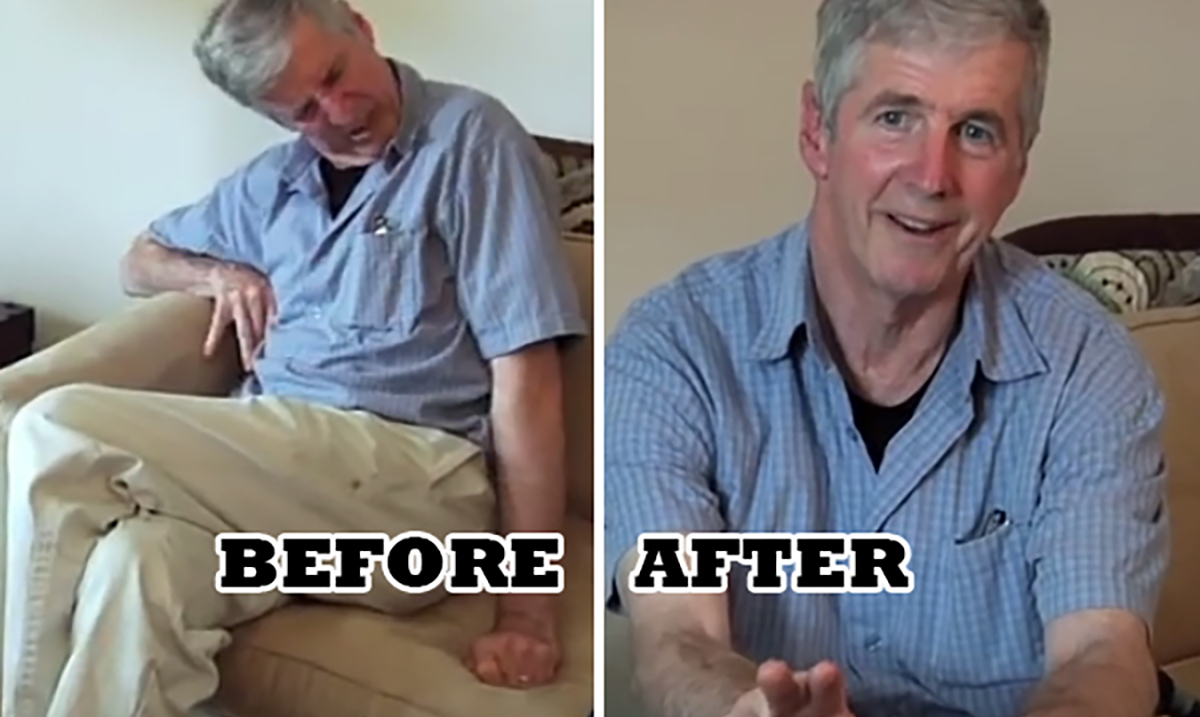 “I don’t believe in setting artificial limits to myself, because then I’d be telling myself what I cannot do,” Larry said in the movie. The movie hopes to raise the hopes and spirits of other people who suffer from Parkinson’s. It is also to raise awareness about the amazing uses of marijuana because many people are denied the basic human right to use a natural plant as medicine.

Before Larry ingested cannabis CBD oil he is shaking, trembling, and can hardly get any sentences out. His head involuntarily moves from side to side making it difficult to even interview. After just a few short minutes of ingesting cannabis oil you can see the relief in Larry’s eyes. Just one drop of CBD oil was enough to basically relax his whole body. His hands were barely shaking anymore, his voice comes back strongly, and he looks like a brand new guy.

Cannabis is an amazing natural ingredient that can be used to treat tons of different diseases just like Parkinson’s. It has the ability to change lives, yet greedy pharmaceutical companies stand in the way of that relief because they lose money. In the meantime, you can see Larry’s amazing results in the video below.