I’m sure most of you are all aware the Flint Water Crisis back in 2014 (result of aging pipes leaking lead into the water supply) a very large investigation had been put under way. This has lead to a very important report.

Water was tested all over the United States by the Natural Resources Defense Council, this council addressed issues with the Safe drinking water act and the problems still being under the lead and copper rule.

In 2015 that it was found that over eighteen million people had been using water systems that were over run with unresolved lead violations. This is a very serious issue and is much larger than it appears.

Why is lead so dangerous?

Lead is very dangerous to our bodies, poison. Once we are exposed to lead it is absorbed and passed out through our bodies in the same way that iron or calcium would be, except this is not a healthy mineral and it begins damaging red blood cells by limiting their ability to carry oxygen. This results in the person becoming anemic. If this lead becomes such a problem that it makes its way to the bone it will reduce the production of calcium and the bones will become extremely weak. Lead poisoning is most commonly from lead paint or lead pipes which were extremely popular before we knew just how toxic they really were.

How do I know if I am going to be affected or am being affected?

Take a look at this map, it shows the areas that have been served with the most lead violations. It seems that while over 5,300 water systems are in violation less than one thousand have actually been fixed. 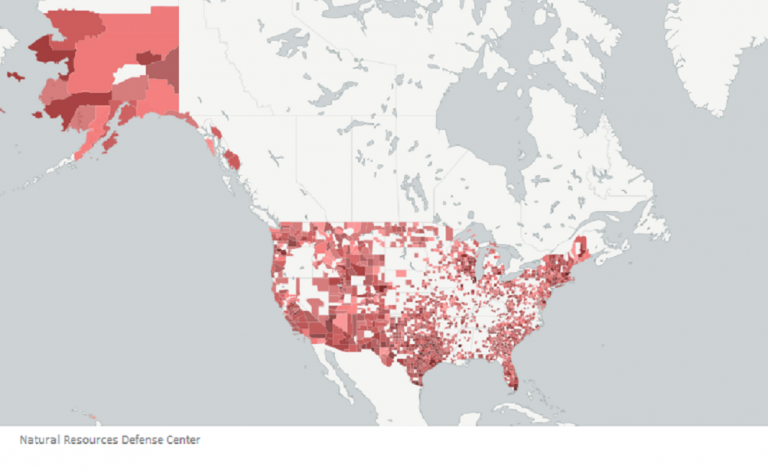 What is a safe amount of lead?

There is actually a legal toxic amount of lead that is allowed in our water systems. This is according to the EPA’s website. We are not supposed to exceed a level of 15 ppb in more than ten percent of taps sampled.

The center for disease control thinks these numbers are too high and that the levels safe to consume are far lower than what we are set at. It is impossible at this time to reverse the effects lead can have on one’s body yet there isn’t much being done to prevent it.

The EPA has acknowledged that there is an issue here with the lead, there has been a ruling set for 2017 to see if all the issues found back in 2015 have been resolved. In the mean time investing in a water filter night be the smartest thing you can do. For more information on lead in our drinking water watch the video below.