We all know about Monsanto and the dangers of Roundup, it is a cancer causing powerhouse of toxic things that will literally kill you. This information is something we all assumed was happening from the beginning.

For years Monsanto has done their best to make people think their weed killing product was safe without a doubt but it is not. Monsanto even touted the approval of the chemical by the EPA! Recently unsealed court documents have revealed that when it comes to Monsanto as well as the EPA they have been for quite some time working together to kill and discredit all independent or inconvenient cancer research. Specifically research done by the World Health Organization’s International Agency for Research on Cancer (IARC).

For a bit more on the work they have put into to make the public believe that roundup was safe please continue reading and play close attention. The EPA found Roundup to be safe without even conducting any sort of testing on the actual formulation of it. They relied on industry research on only one of the product’s many active ingredients. Donna Farmer who happens to be Monsanto’s lead toxicologist has admitted that she cannot say Roundup does not cause cancer! This should be seen as the icing on the cake. 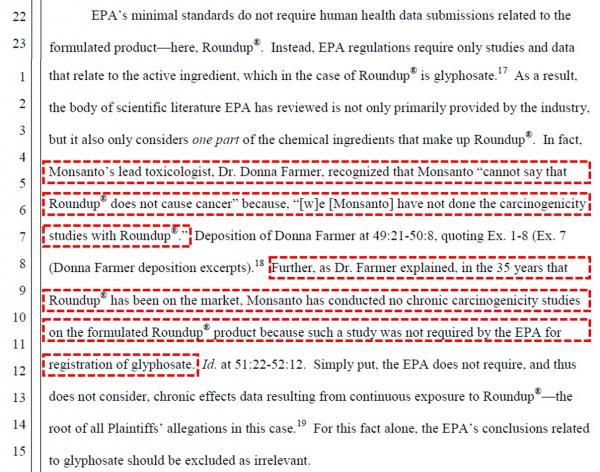 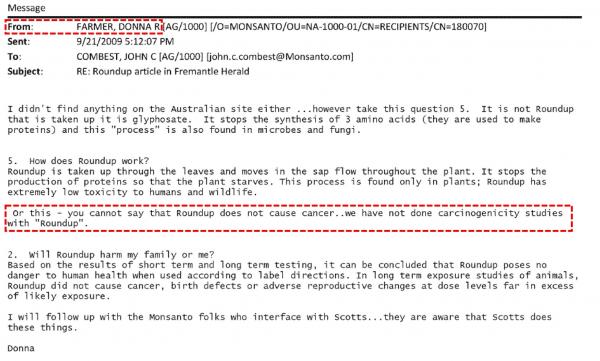 On top of all that, back in 2015 once IARC made it known they were working on their own independent study of Roundup, Monsanto sprang into action. They launched efforts to try and discredit any of the results that may make the product look bad. They actually took to ghostwriting for their report and plotted to have the independent scientists literally just sign their names to the work. 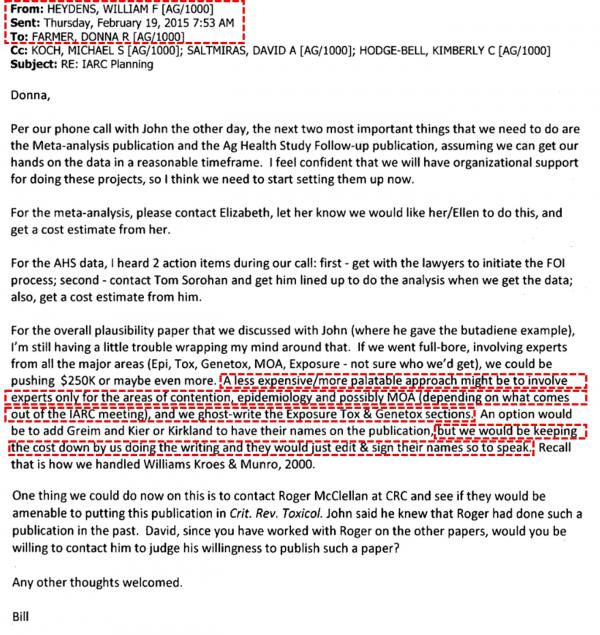 As if that wasn’t enough to make Monsanto sound like someone desperate for a ticket out of hell they went one step further. According to ZeroHedge, They called in a special favor. They had Jess Rowland the EPA’s Deputy Division Director for the Office of Chemical Safety and Pollution Prevention to kill any remaining potentially damaging research. See the image below for more on that. 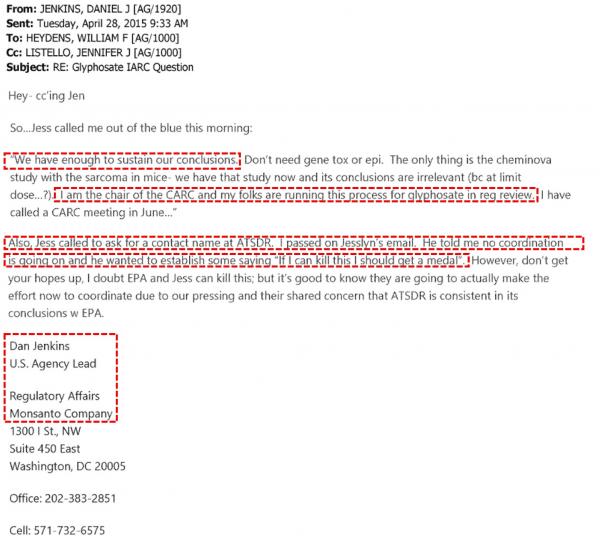 “EPA’s minimal standards do not require human health data submissions related to the formulated product – here, Roundup. Instead, EPA regulations require only studies and data that relate to the active ingredient, which in the case of Roundup is glyphosate. As a result, the body of scientific literature EPA has reviewed is not only primarily provided by the industry, but it also only considers one part of the chemical ingredients that make up Roundup.”

For more information on this please take the time to watch the video below. This is enough to make a person’s blood boil. Roundup is without a doubt carcinogenic. Please be careful with the things you allow in and around your home. Glyphosate is not safe!