Here Is What Happens The Moment You Stop Smoking

The CDC reports that cigarette smoking is the leading cause of preventable disease and death in the United States, accounting for 1 in every 5 deaths, or more than 480,000 deaths every year. With an estimated 36.5 million adults in the United States currently smoking, the push to quit is higher than ever. 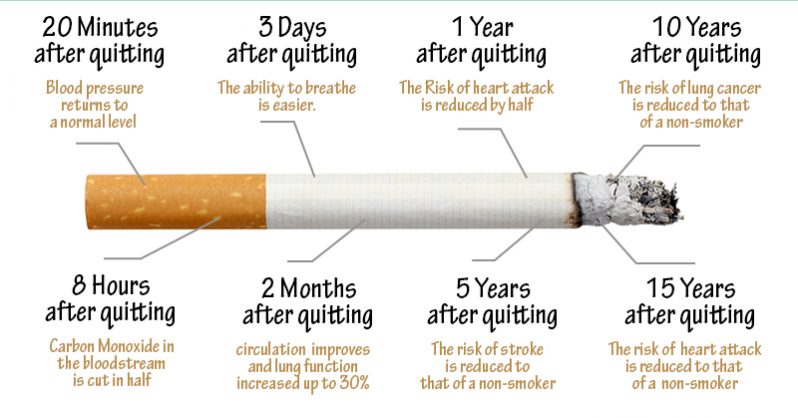 With medical professionals and even the government actively trying to spread the word, and encourage smokers to quit, statistics can be seen blowing up the internet, plastered on billboards and in our favorite magazines. Why, then, are so many adults reluctant to quit?

The truth is that quitting smoking is hard. It is estimated that 70% of smokers say they want to quit, but don’t, while only 7% of those who try are successful on their first attempt.

The key to successfully quitting is daily motivation to keep you focused and on track. Here is a list of health benefits, both immediate and long term, to quitting today!