Home Animals FOX: USDA Kills Little Boy’s Dog and Almost Kills Him Too In Their Own Back Yard!
AnimalsEnvironmentHealthVideo

FOX: USDA Kills Little Boy’s Dog and Almost Kills Him Too In Their Own Back Yard!

Most people don’t have to worry about their families or their animals in their own backyard. However, this was not the case here, one families safe place, turned into their worst nightmare…

You probably didn’t know that the government has been placing M44 devices in the wilderness to control animal populations. The M44 devices spray cyanide out of them when they are triggered! One boy and his dog paid the price. 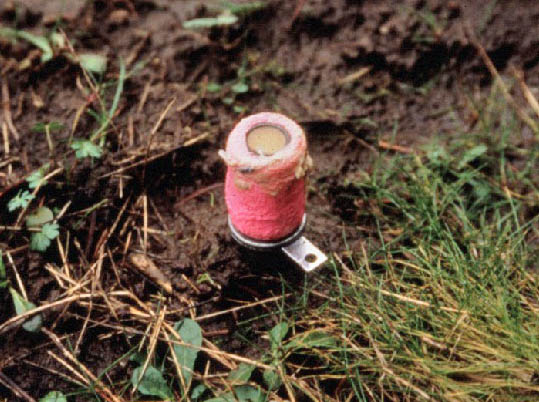 According to Health Nut News:

“Just last week, 14-year-old Canyon Mansfield went for a walk with his family’s 3-year-old yellow Labrador, Casey, on a hill behind their home. It would be the last walk Canyon took with his dog.

Upon noticing a small pipe sticking out of the ground, 300 yards from the family swing set and on the property where the family had lived for 10 years, was an M44 device that had been planted by the USDA without their knowledge. When the orange gas, which was cyanide, blew into the wind it sprayed into Canyon’s left eye and on his clothing. It also sprayed on Casey.”

Canyon said, “I look over and see him having a seizure. I ran over and he had these glassy eyes. He couldn’t see me, and he had this red stuff coming out of his mouth.”

After the incident the USDA spokesman stated, “Wildlife Services understands the close bonds between people and their pets and sincerely regrets such losses. Wildlife Services has removed M-44s in that immediate area … and is completing a thorough review of the circumstances of this incident … to determine whether improvements can be made to reduce the likelihood of similar occurrences happening in the future.”