Home Video Don’t Believe Your Eyes, These Strawberries are Not Red
Video

Don’t Believe Your Eyes, These Strawberries are Not Red

This image has taken the internet by storm, much like the black and blue dress did just a few years ago. What could this be?

The image of a bright red strawberry tart with a blue-ish tint was originally posted by a Japanese professor of psychology named Akiyoshi Kitaoka who creates and studies optical illusion artworks. While you may not be able to believe it the strawberries on top are not red. As a matter of fact, there are no red pixels in the image at all. If you isolate the colors of the image with a photo editing software you will see that they are actually legitimately just a pale greenish gray color. 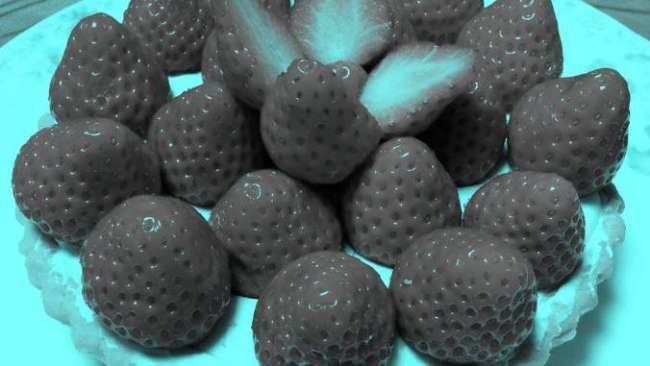 For those who are not familiar with this sort of thing, it is referred to as color constancy. In other words, it is a feature of the human visual system that leads the surroundings of an object to influence how we perceive that specific object. A visual expert from the National Eye Institute Bevil Conway told the Motherboard that your brain sees it like this ”the light source that I’m viewing these strawberries under has some blue component to it, so I’m going to subtract that automatically from every pixel.”

We closely associate strawberries with the color red so it does not come as a surprise that we would assume they were red. However, they are not red at all. For more information on color constancy please take the time to watch the video below.