You might have heard of the evil doings of Monsanto, and you might have also heard of their lethal chemical, glyphosate. Although many people have denied the dangers of this toxic chemical, California has been marked as the first state to declare that glyphosate causes cancer.

There have been many different studies performed on the dangerous effects of glyphosate. The chemical is intended to be used as a pesticide but unfortunately has become more of a humanicide… Because of the high amounts of glyphosate finding its way into your food we are seeing all kinds of different health issues on the rise – especially cancer.

According to several reports and studies, the herbicide residues were found in cookies, popular cereals, chips, and other everyday snacks and foods consumed by people – including children’s foods. The testing was completed at Aresco, a U.S. Federal Drug Administration (FDA) registered lab and used liquid chromatography-tandem mass spectrometry (LC-MS/MS), a method widely considered by the scientific community and regulators as the most reliable for analyzing glyphosate residues. 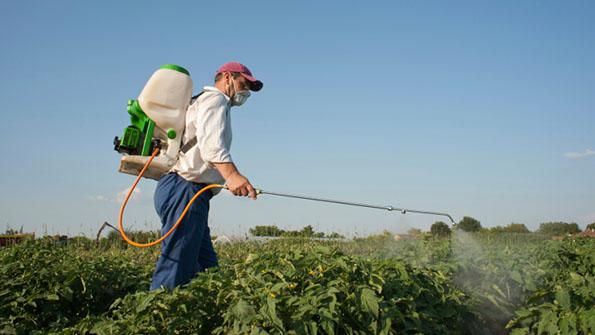 This was not the only study performed on the dangerous herbicide either; not like there is any way you could deny it anyways – I mean, it is weed killer. Because of the glyphosate epidemic, certain officials are finally rising up and saying no to Monsanto. Take California for a great example. The state of California finalized their decision regarding this chemical. They are the first state to finally declare that glyphosate causes cancer!

“When it comes to Roundup, California has become a national leader in flagging the very real danger posed by this vastly overused pesticide,” said Nathan Donley, a senior scientist at the Center for Biological Diversity and a former cancer researcher. “The state based its decision on the findings of the world’s most reliable, transparent and science-based assessment of glyphosate.”

California reached this decision after the Environmental Protection Agency had failed to follow their own guidelines – no wonder they’re terminating in 2018… Court documents released last week revealed that the chair of the EPA’s Cancer Assessment Review Committee on glyphosate was in regular contact with Monsanto, providing insider information that guided Monsanto’s messaging. The chair promised to thwart the Department of Health and Human Services’ review of glyphosate’s safety, saying that if he was successful he deserved a medal.