Bayer and US Govt. Knowingly Gave HIV to Thousands of Children!

We have put our trust in many different companies for as long as I can remember, But what if one of these companies has done something unforgivable and unimaginably disgusting? Bayer (Aspirin) has done just that!

Everyone has heard of Bayer Aspirin, it is a household name. They are known for producing several product such as pesticides and a medicine for hemophiliacs known as Factor 8.

In 1984 Bayer became aware that several batches of this Factor 8 contained HIV. They knew this because there was an outbreak of HIV among hemophiliac children, and this outbreak was traced back to Bayer.

Unable to sell the medication in the United States, Bayer, with permission from the FDA sold the HIV infected medicine to Argentina, Indonesia, Japan, Malaysia, and Singapore. Documents from the NY Times showed how Cutter Biological, a division of Bayer, shipped more than 100,000 vials of unheated concentrate, worth more the $4 million, after it began selling the safer product.

The medication infected tens of thousands and killed thousands more. Thousands of innocent children and adults has died at the hand of this evil corporation and no punitive action has been taken against them.

When questioned, Bayer responded with, “Decisions made nearly two decades ago were based on the best scientific information of the time and were consistent with the regulations in place.”

No one involved was charged with anything, and Bayer continues to sell its Factor 8 medication to this day. 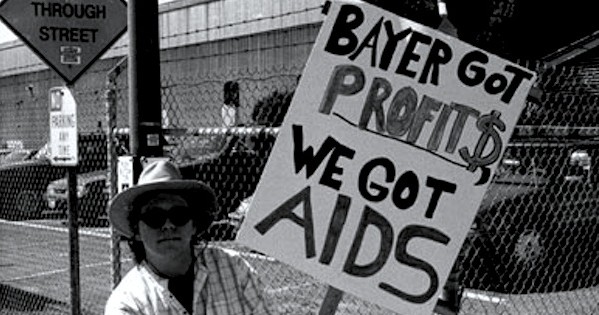 When will the injustice end?

Watch the video below for more information!