Deforestation has become something malevolent. Without trees and plants, we would have no oxygen to breathe, or food to eat. Thankfully, Asia has built the first-ever vertical forest!

Deforestation is killing off species by the thousands every single year, and also drives climate change. Forest soils are moist, but without protection from sun-blocking tree cover, they quickly dry out. Trees also help perpetuate the water cycle by returning water vapor to the atmosphere. Without trees to fill these roles, many former forest lands can quickly become barren deserts. Corporate greed is causing the downfall of society, but some people are finally realizing that we have to turn back now. Consequently, Asia has built the world’s first ever vertical forest! 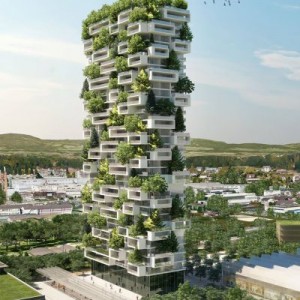 Stefano Boeri Architetti presented his idea of installing a vertical forest in Milan, and developers were beyond excited about the idea. Fast forward a bit to present day and you will discover that the architecture firm has been approved in the building process.

The building will be completed by the end of 2018, and no it is not just plants and trees. The building will be overflowing with 1,100 trees from 23 different species! It will also feature over 2,500 cascading shrubs and plants. They expect the building to produce over 132 pounds of oxygen a day!

It will consist of two towers. The tallest, coming in at a whopping 656 feet, will hold offices, a museum, architecture school, and a rooftop club. The second tower is 354 feet tall and is a 247 room hotel by Hyatt. It will also feature a rooftop swimming pool. 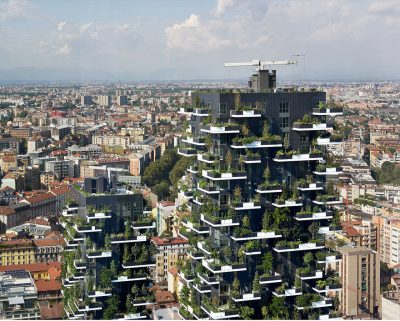 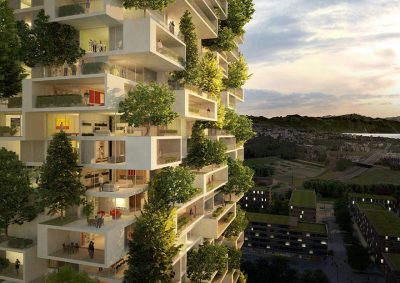