Home Health Almost No Children in France Are Medicated for ADHD – Here is How They Define and Treat It.
Health

Almost No Children in France Are Medicated for ADHD – Here is How They Define and Treat It.

Mass amounts of American children and being diagnosed with a possibly fictitious disease; even worse they are being prescribed addictive and lethal drugs for it.

The ‘disease’ is known as Attention Deficit Hyperactive Disorder (ADHD). The disease is said to be a common behavioral disorder. It is said to affect over 10% of school age children. It is characterized by the inability to direct one’s complete focus and concentration on one thing at a time. It is also often characterized by excess hyperactiveness. If you were to ask me, I would say that children are hyper and energized naturally. Of course, the average child isn’t going to be enthusiastic about taking a math test, and chances are you’re probably not going to get their full attention either.

Children are hyperactive, this isn’t new information to us. Thousands of years ago they didn’t feed children Methamphetamine’s when they weren’t focusing on their academics. The disease itself isn’t what is scary – it is the medication they are prescribing to kids. The brain of a child is rapidly developing, so anyone could assume that it would be unsafe for a child to be taking a drug that is essentially meth. After all, that is pretty much what it is. The most commonly prescribed drug to ADHD patients, including children, are Methamphetamine’s. The drug poses extreme overdose and addiction risks too. 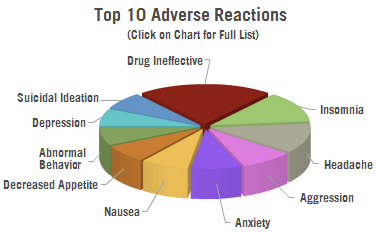 The Pharma companies of the world have labeled hyperactive children with a disease, and they are pumping them full of toxic drugs. You would assume that there would be a little bit of revision for this issue, and fortunately, you are right. France has a quite different approach than the United States does. In fact, almost no children in France are medicated for this disease at all. They define it completely differently and also treat it differently too.

Children’s psychiatrists in France deal with this ‘disease’ with a much different approach. They actually use an entirely different system than American children psychiatrist’s do. Instead of using the APA’s Diagnostic and Statistical Manual of Mental Disorders (DSM), the French use an alternative classification system produced by the French Federation of Psychiatry called Classification Française des Troubles Mentaux de L’Enfant et de L’Adolescent (CFTMEA).

France defines ADHD as a sociological disorder. They say that it is caused by a set of social situations. This is different than the US definition of the disease, as our definition of ADHD is a neurological disorder. Instead of prescribing drugs to the child upon diagnosis, they search for underlying causes. They compare the child’s distress to their social situation. therefore, ADHD is often treated with psychotherapy or even family counseling. Very rarely do French psychiatrists prescribe medications to treat ADHD, as it’s usually rendered unnecessary after taking a more holistic approach.

Children and full of energy and they have a vast imagination. The bare realities of our world are of no interest to them, and I personally believe that we should study that factor. If adult brains could be as stress-free as a child’s brain it could result in an extreme improvement in productivity and even your overall happiness in life. Just like puppies, children are a handful. It is inhumane to prescribe such toxic drugs to them. French psychiatrists also consider a child’s diet before treatment. There are many natural remedies and treatments that you can use to get our child to calm down and focus on his or her priorities. You can see a few in the video below!