ADHD is one of the most over-diagnosed ‘diseases’ in the world, and it seems nowadays no matter what the problem actually is, any child who gets bored and acts out becomes diagnosed with ADHD. The truth is ninety percent of the children diagnosed with ADHD do not actually have any abnormalities in their dopamine metabolism!

The founder of ADHD, Leon Eisenberg made more than enough money off of this fictitious disease to live a life of luxury. Did you know that in the United States literally one in every ten boys around ten years old is on ADHD medication? They have to take these medicines daily with increasing doses. Studies have shown that out of 170-panel members fifty-six percent of them had financial ties with pharmaceutical companies meaning lots of people are making big bucks off of our children being misdiagnosed with this disease.

“Let’s go back 50 years. We have a 7-year-old child who is bored in school and disrupts classes. Back then, he was called lazy. Today, he is said to suffer from ADHD (Attention Deficit Hyperactivity Disorder). . . . Every child who’s not doing well in school is sent to see a pediatrician, and the pediatrician says: “It’s ADHD; here’s Ritalin.” In fact, 90 percent of these 5.4 million kids don’t have an abnormal dopamine metabolism. The problem is, if a drug is available to doctors, they’ll make the corresponding diagnosis.) 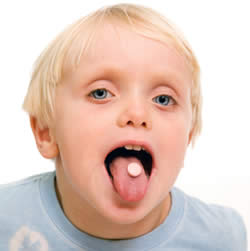 If those side effects don’t signal a red flag then I don’t know what would. Children need our help! These children are becoming dependent on drugs far too early in life. There is no need to drug your children, ADHD is a fraud!

Dr. Edward C. Hamlyn, a founding member of the Royal College of General Practitioners, in 1998 stated, “ADHD is fraud intended to justify starting children on a life of drug addiction.”