It’s pretty sad how much our health is really abused by big corporations. These days you literally can not trust any big company name; especially the ones who control our food.

Just like many other big food companies and corporations, Walmart has also deceived your trust. In fact, they’re being sued by a New York customer. He claims that Walmart’s great value 100% grated parmesan cheese actually contains high amounts of wood pulp! His plea states that the 100 percent representation of Walmart’s cheese is false and mischaracterized. 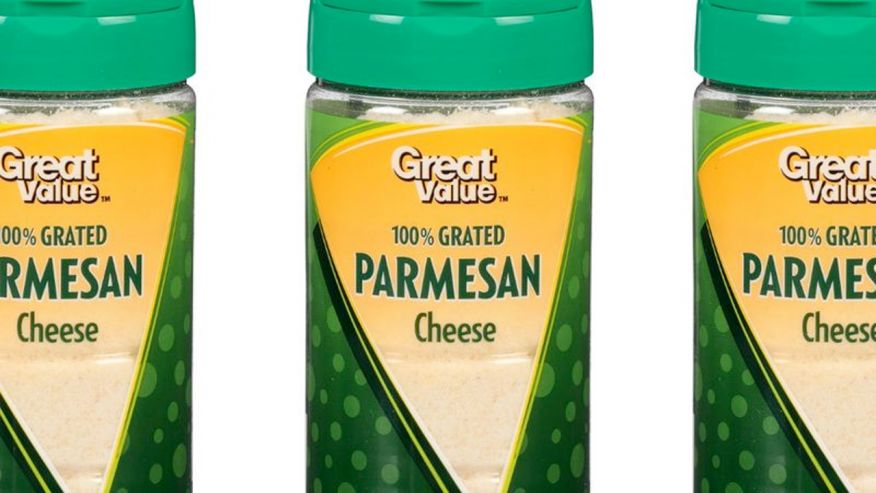 The man was right too. In fact, tests show that the Walmart brand grated cheese contained up to 10% cellulose. Cellulose is a wood based additive that prevents clumping in cheese. It is also called wood-pulp because it is extracted from ground up wood – yes, you heard that right. Walmart is selling you extract from wood as cheese. The FDA even approved the use of the ingredient for consumption.

The wood based extract is actually found in lots of cheese varieties and even other foods such as ice cream, puffed snacks, baked goods, and other snacks. While the FDA considers safe cellulose consumption levels to be about 2-4%, the great value cheese had up to 10%.

Bloomberg reported; “We take this matter seriously,” Randy Hargrove, a spokesman for Bentonville, Arkansas-based Wal-Mart, told Bloomberg via email. “We will review the allegations once we have received the complaint and will respond appropriately to the court.”

Until justice is served, my best advice to you is to refrain from all the big corporate brands. The smaller the brand the better! Organic food might be a little more pricey, but it’s well worth it to avoid acquiring diseases such as cancer.