Sometimes we think that we are so bloated that we look pregnant but do we really? One woman in the U.K. became strangely bloated for three whole years!

Her name is Margaret Mcmahon and she is 48 years old with two children. Mcmahon went to the doctor with a visibly distended abdomen and some pain. The doctors decided it was simply bloating from irritable bowel syndrome and possibly a small uterine fibroid the size of a plum. These fibroids are benign growths that tend to develop from the muscle tissue of the uterus.

Mcmahon suffered for years and as her pain increased doctors told her that her fibroid hadn’t grown at all. They simply asked her to try and lose some weight. At this point, Mcmahon was tired of the lies being told to her and decided to seek help elsewhere by paying for her own CAT scan. The results of her CAT scan were terrifying and showed that there was an enormous mass in her uterus.

The ‘plum’ sized fibroid that her doctors had said was not growing was now the size of a melon and as treatment Mcmahon had to have a hysterectomy. Below is what the fibroid looked like when it was removed. These fibroids are very common in women who have reached their 30s and 40s. Please be aware of your body. 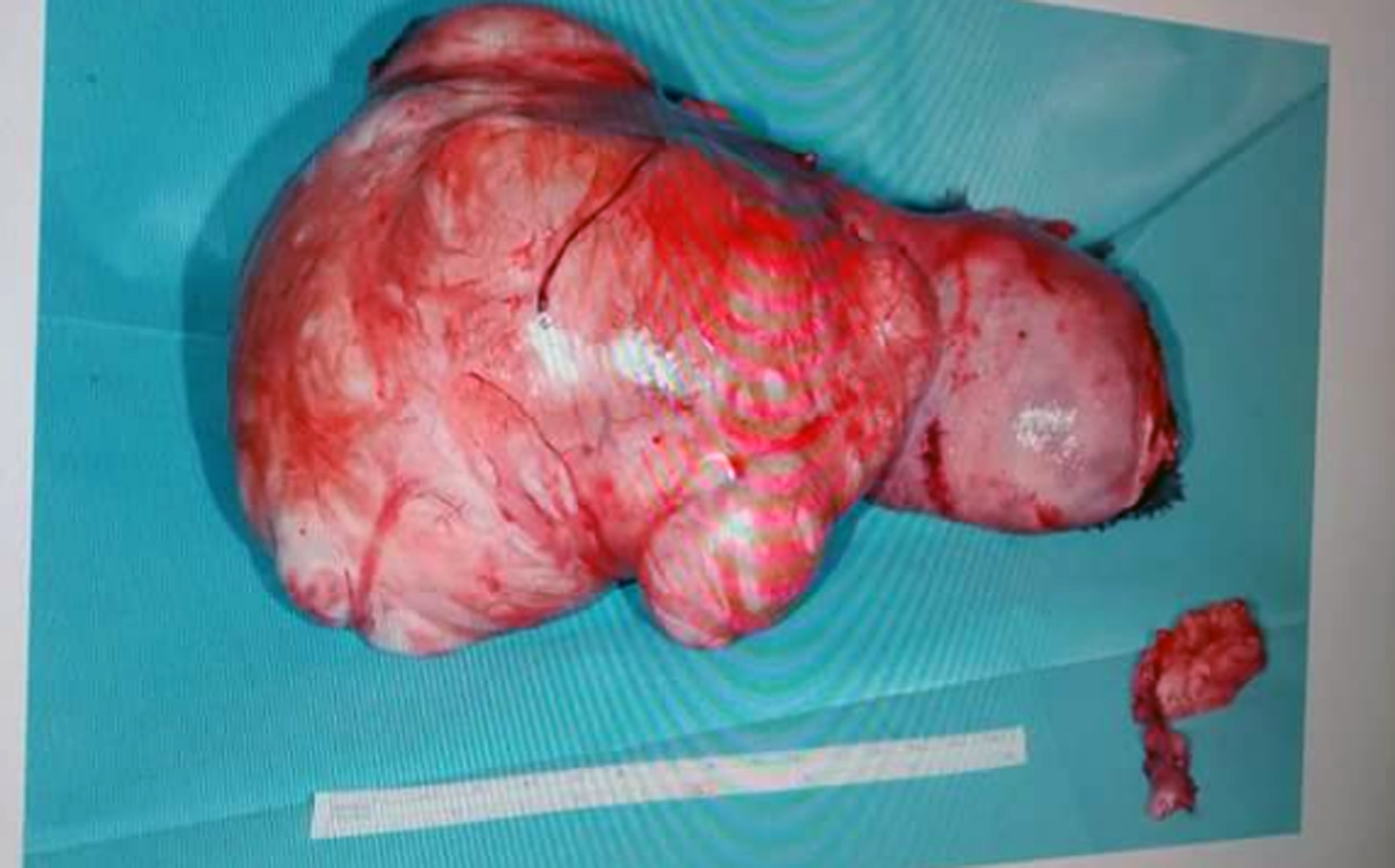