This 146 Year Old Man Reveals His Secret for Longevity!

Mbah Gotho who claimed to be 146 was dismissed by most as a liar. However, once his birth date was confirmed everyone’s minds were blown.

Gotho was born and raised in Indonesia, he is a man of great wisdom having lived through the beginning and end of several intense historical events. This man saw the first and second world war come and go as well as the construction of the Statue of Liberty. Proof of his age has now been verified. His ID shows that he was born on December 31, 1870, and is 146. According to DailyMail he even had a 146th birthday party. 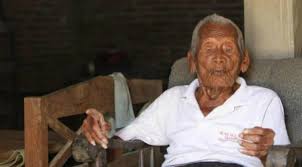 This documentation is recognized by Indonesian officials: 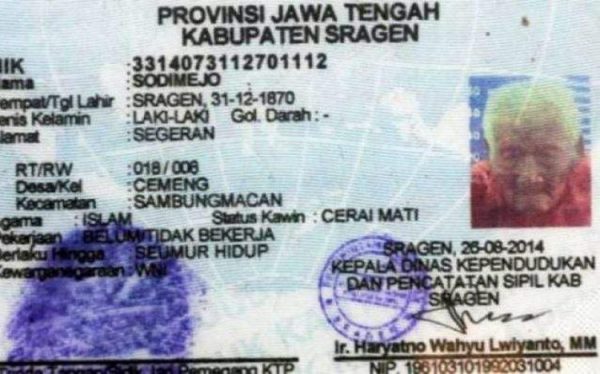 Telegraph claims Gotho and his family have even gone so far as to prepare a burial site for him beside the graves of his children. This man is so old that he has to be spoon-fed and bathed because he is so increasingly frail. How much longer do you think he will hold onto this world?

Gotho has seen outlived all of his siblings and children. He claims to have been preparing for death ever since his 122 birthday. Although he has not met his demise yet.

He claims the secret to his longevity is simply patience. Which could be true to an extent. When partnered with the proper diet patience can be extremely beneficial. Living a stress-free life could definitely make you live longer.