The Number One Cause of Liver Damage

Experts are working to identify the causes of liver damage in the body, and what they have discovered is startling! The number one cause of acute liver failure can likely be found in your own medicine cabinet!

A number of over the counter medications that we rely on regularly for the treatment of fevers and the common cold contain one common ingredient – acetaminophen. Found in well-known products such as Nyquil, Excedrin, Theraflu and Tylenol, the product is safe when used properly, however too much over an extended period of time can be extremely dangerous! 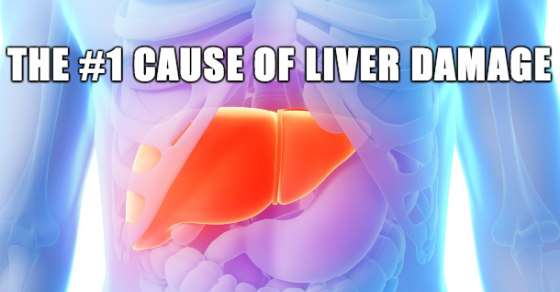 Dr. Michael Rieder, a pediatric clinical pharmacologist at Western University in London, Ontario stated: “It is the most common cause of liver injury. Period. Full stop.”

A 2006 report in ‘Pharmacoepidemiology and Drug Safety’ revealed that acetaminophen has been found to be responsible for 80,000 emergency room visits, 26,000 hospitalizations and approximately 500 deaths every year!

Dr. Michael Wolf, an associate professor of medicine at Northwestern explained his concerns, saying: “Our findings suggest that many consumers do not recognize or differentiate the active ingredient in [over-the-counter] pain medicines, nor do they necessarily closely adhere to package or label instructions. Given the prevalence of the problem, risk of significant adverse effects and lack of a learned intermediary – i.e. a physician to guide decision-making and counsel consumers on proper use – we believe this to be a serious public-health threat requiring urgent attention.”

Most reports of acetaminophen overdoses have been found to be accidental, such as from using more than one medication containing the ingredient at the same time without realizing it. For this reason, it is important to be aware of the signs and symptoms of an overdose!

If you are experiencing any mixture of these symptoms and know that you have been taking an over-the-counter medication, it is important that you get medical help immediately. Hospital rooms across the country are equipped to deal with an acetaminophen overdose through administering the necessary medical treatment to protect the liver. However, don’t wait if you have concerns as acetaminophen toxicity acts fast!