Marijuana: The Super Antibiotic of The Future

Many of the medications that we are prescribed cause way more problems than we had to begin with. They could all be avoided by simply using the natural ingredients right in front of our faces.

The big pharma pumps us full of toxic medications in order to nourish their bank accounts and ensure we come back to them in the future. You simply cannot trust your doctors anymore because the pharmaceutical companies have taken over everything. The very best decision you can make is treating your health issues with natural ingredients. They’re cheaper, more effective, and a million times healthier. One of the biggest concerns we have today is the overuse of antibiotics by the pharma companies. We are creating an antibiotic resistance that will take hundreds of years to reverse.

“Without urgent, coordinated action by many stakeholders, the world is headed for a post-antibiotic era,” Dr. Keiji Fukuda, the Assistant Director General for the World Health Organization’s Health Security department, said last year after the WHO released its first ever global report on antibiotic resistance. “Common infections and minor injuries, which have been treatable for decades, can once again kill,” he continued, explaining how antibiotic resistant bacteria are now one of the top health concerns of the world.

The evolution of bacteria into superbugs is driven in large part by antibiotics that are prescribed to kill them in the first place. A bit ironic right? MRSA (Staphylococcus aureus), kills over 10,000 people a year, according to the Center for Disease Control. This is a direct byproduct of overusing antibiotics, which bred a stronger and more dangerous version of the common staph aureus bacteria.

However, one groundbreaking study showed amazing results when treating this same bacteria using an extremely popular natural ingredient – marijuana. The study was conducted in 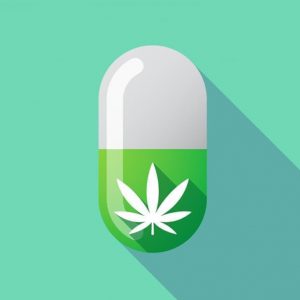 Cannabinoids have a wide range of medicinal properties like fighting cancer, reducing inflammation, and it can also be used as a powerful antioxidant. “Everything points towards these compounds having been evolved by the plants as antimicrobial defenses that specifically target bacterial cells,” said Simon Gibbons, one of the authors of the study and head of the Department of Pharmaceutical and Biological Chemistry at the University College London School of Pharmacy, in a follow up interview in the MIT Technological Review.

Although the White House has just lifted some of the restrictions against this medicinal plant, it is unlikely that science could ever come up with a medication more powerful than marijuana. It is the cure all ingredient and has already saved thousands of lives.