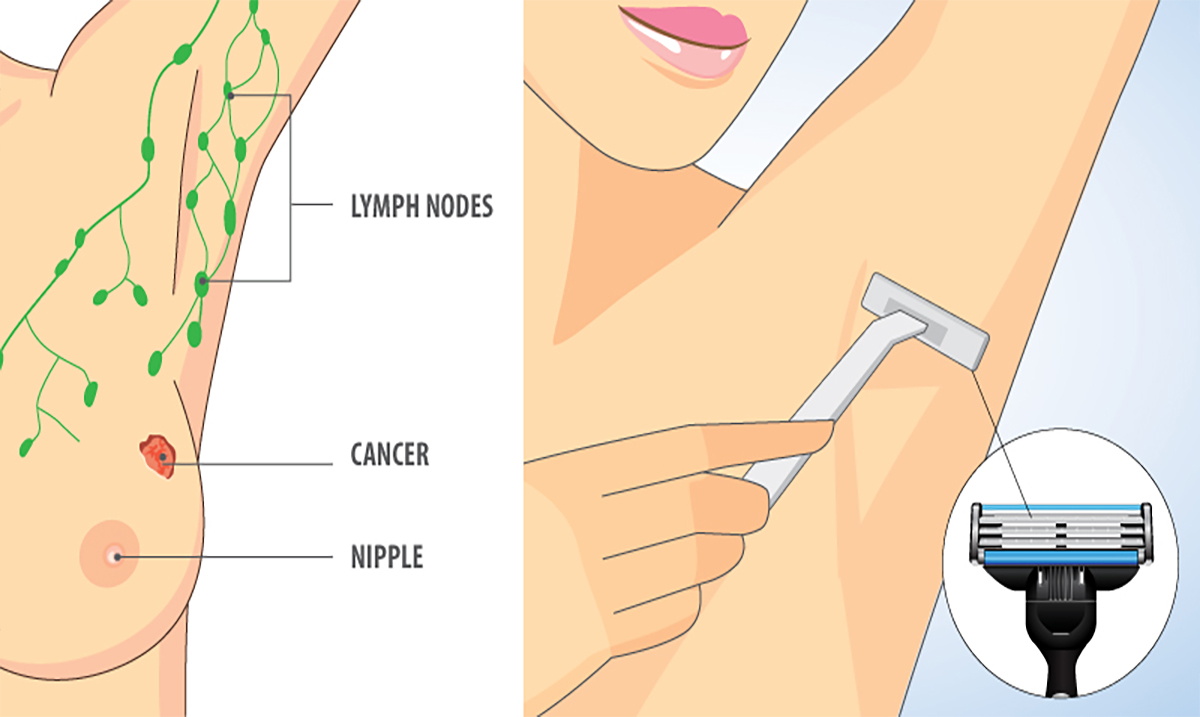 Razors might seem pretty harmless, and besides the fact that they’re extremely sharp blades, they are pretty user-friendly. At least that is what you would think. You have to be particularly careful choosing your razor because you can easily get an infection from a simple knick of the skin. However, that’s not all you have to worry about when it comes to choosing your next razor blade. Nowadays, almost every razor has something on it called a moisture strip. The moisture strip is to lubricate the skin to make for an easier shave. While it does sound handy, corporate CEO’s and businessmen are only putting it there for the looks, not to actually make it any easier for you.

The moisture strips are different for each type of razor, but they all have some common grounds; chemicals. You might not think to check out the ingredients list on your razor because, well it’s a razor. Honestly, you shouldn’t even have to worry about this, but in the modern day world, you do. It’s important to check the ingredients list on your razors packaging because all the different moisture stirps are composed of different chemicals that are extremely toxic. It’s specifically scary because they have such direct access to our bodies. Any cut or knick is an all access pass for dangerous chemicals and pathogens to find their way in.

One of the chemicals moisture strips are composed of is known as Polyethylene Oxide or Polyethylene Glycol. While manufacturers claim this chemical is nontoxic, it is heavily recommended that it is not used in cosmetics. Do you think they care? Of course not, because this chemical is all over razor moisture strips. They are also often found to be contaminated in 1.4 dioxanes, a chemical that has been linked to cancer in several different incidents.

Another risk moisture strips pose is that they are sometimes composed of soy. While soy isn’t particularly dangerous, some people are heavily allergic to it. There is no warning label calling out that they moisture strip is made from soy, but you will know if you have continuing skin irritation after shaving. Rumors also have been found to contain high amounts of aluminum salts. Many people are aware that some commercial deodorant brands use this dangerous heavy metal, but not many people are aware that it is also all over razors. Shaving your armpits gives you a particularly dangerous scenario because of the close range lymph nodes in the area. Aluminum salts in deodorant have already been linked to increasing your risk of breast cancer, you don’t want to be shaving with it too.

Some tips to help you avoid these dangerous razors is to always buy razors without the moisture strip. You are going to want to use an organic, lubricating shaving cream along with it though. It can also be extremely beneficial to exfoliate before you shave.

How Toxic Relationships Affect Your Health, According To...

Add These 6 Vitamins to Your Diet to...

Transferring Fat From Your Stomach to Your Scalp...

6 Reasons Why Banana Peels Are Great For...