As summer begins it brings with it sunny weather, camping, bonfires, hiking and ticks. These small arachnids are parasites, living off the blood of both human beings and animals. If the image of these creatures wasn’t enough to cause concern, they are known to transmit up to 12 different diseases, including Lyme Disease.

Lyme Disease is a bacterial disease, characterized by a circular rash, that represents a bulls-eye. It is caused by a bacterium called Borrelia Burgdorferi, regularly transmitted by deer or black-legged ticks. The disease presents itself with flu-like symptoms in its early stages, such as fatigue, fever, loss of appetite and headaches. If it is caught early, it can usually be completely treated with a round of antibiotics, however if is not caught sufferers can experience symptoms years after the infection.

This long-term condition is called Post-treatment Lyme Disease Syndrome (PTLDS). PTLDS was once a largely unknown condition, however a growing number of celebrities are now lending their voice to the cause. Among those that are helping to raise awareness are model Bella Hadid, singer Avril Lavigne and TV personality Kelly Osbourne. 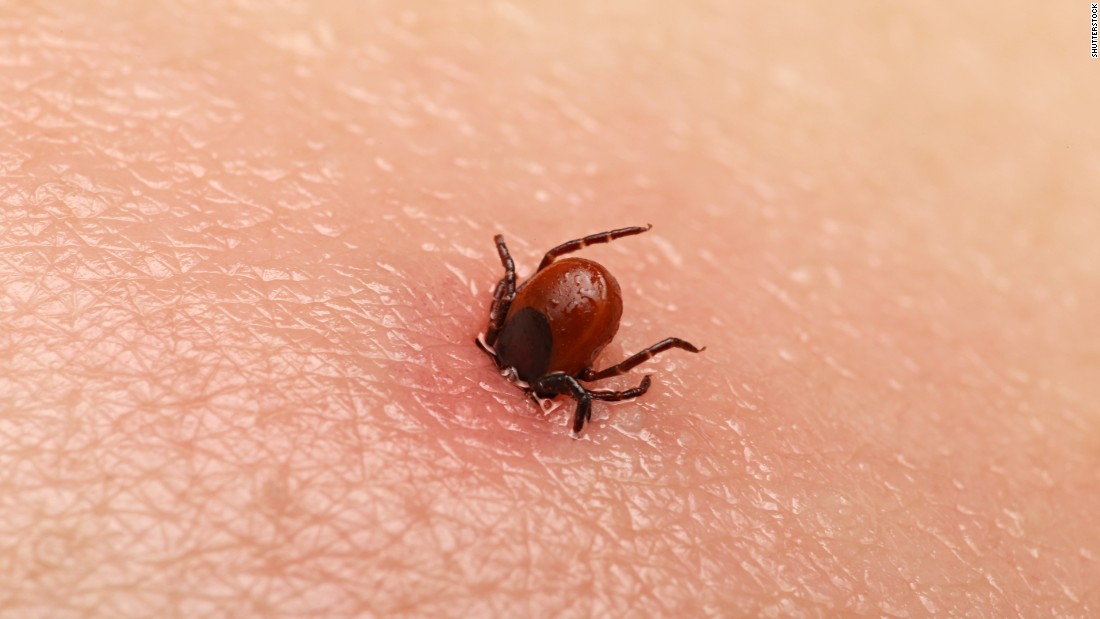 The CDC reports that approximately 30,000 cases of Lyme disease are reported in the United States each year. The longer that the tick is attached to its host, the higher the chance is that it will pass on the bacteria if it is a carrier. In most cases the tick would have to remain attached for 36 to 48 hours to transmit the disease. For this reason, it is important that we educate ourselves on the best way to remove a tick should we find one.

Recently a woman posted this video, sharing how she was able to use peppermint oil to quickly remove a tick from her skin. It shows her dropping a couple drops of the oil upon the tick, and within 20 seconds the tick burrows out of the skin. Sounds too good to be true, right?

Tick and disease experts are warning people NOT to employ the oil trick due to potential complications. While it does remove the tick, it can pose additional health risks.

Dr. Neeta Connally, assistant professor of Biology at Western Connecticut State University warns that aggravating the tick with the oil can cause them to secrete saliva, speeding up the spread of the disease-causing bacteria. She explains, “We don’t want to agitate the tick at all because many carry all sorts of diseases. Those are actually salivated into the body when the tick attaches and so we don’t’ want to agitate the tick in any way that is going to make it salivate more and thereby be more likely to transmit anything into you that may make you sick.”

The Center for Disease Control (CDC) provides the following steps to safely remove a tick: