Home Health During A Pedicure She Felt A Sharp Pain. Next Thing She Knows, She is Fighting For Her Life!
HealthVideo

During A Pedicure She Felt A Sharp Pain. Next Thing She Knows, She is Fighting For Her Life!

Sure pedicures can be fun and lots of people enjoy getting them but should we be getting them? After hearing the new stories from below you may think twice about it.

There have actually been quite a few new stories pertaining to those who have had pedicures. A woman by the name of Stacey Wilson living in Arkansas got a pedicure on February 6th, 2016. During her pedicure, the pumice stone being rubbed on her heel caused a sharp pain. She immediately knew something was wrong without having looked yet, she was unaware of just what was going on and how severe her injury was.

She assumed this was not an issue and went about her business as if nothing had happened. However, Only a few days after the incident she noticed her ankle had swelled up a lot. She had come down with a fever and decided to go to the emergency room after dealing with unbearable pain in her foot. 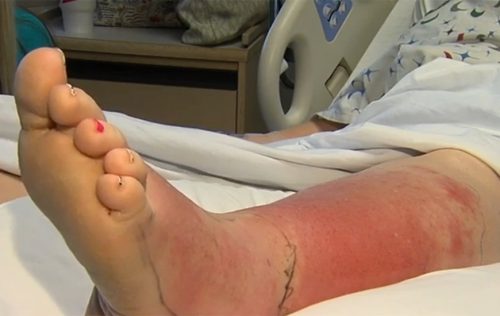 The doctors saw right off the bat that Wilson had something called infection cellulitis. This was something that was most likely contracted from the pedicure. She is doing just fine now after proper treatment but things could have gotten much worse. 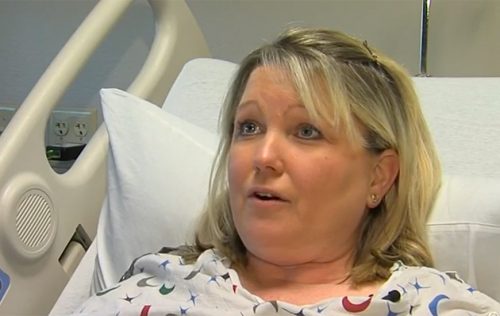 Now that for me is enough to make me want to take care of my feet at home but there is more. Back in 2013, a man in Indiana, Bruce Walters (63 years old) decided to go to a salon for a pedicure as means of pampering himself. As far as he knew everything had gone well but after returning home he noticed something serious was happening. Ten days after his pedicure Walters noticed swelling in his foot and was very dizzy.

He visited his doctor and they found that he had contracted a major infection from the pedicure. He ended up having to go under the knife for immediate surgery in order to stop the inflammation of his leg. Walters had to actually undergo five separate surgeries in order to remove all the infection. If he had not gotten medical attention when he did it is likely he would have lost his leg. Bacteria like this can enter your feet through pedicures. We are not always aware of things like this. 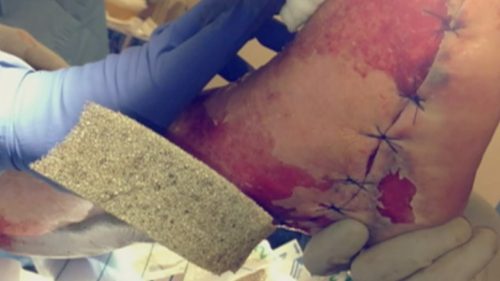 Please be careful when it comes to getting your feet done. While the people mentioned above are okay now they are lucky. If you cannot avoid getting one done you need to be aware of the place you are going to never go for a pedicure anywhere questionable. Things like this can happen to anyone, for more on Walters story please take the time to watch the video below. If you notice any of the symptoms mentioned above after having one done please do not hesitate to see a doctor.