6 Diseases Your Lack of Sleep Could Be Causing

Sleep is a crucial period of time for all living creatures, and there are many different important processes that happen while we sleep. If you don’t get enough sleep, you might suffer from one of these diseases. 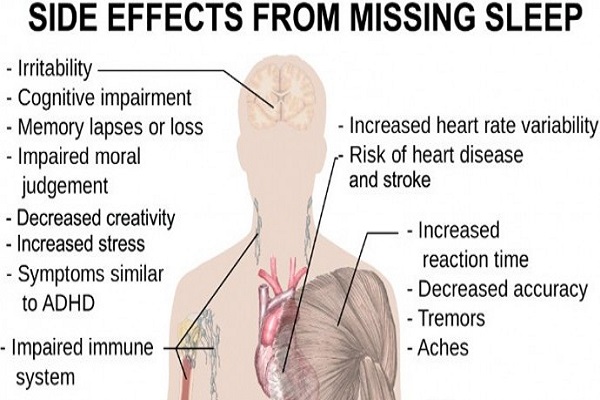 Sleep may seem unnecessary, however it is very important. Many of the processes that take place during sleep are crucial to your health. Not getting enough sleep can put you at risk for many different diseases and disorders! John Steinbeck says, “it is a common experience that a problem dealt with at night is resolved in the morning after the committee of sleep has worked on it.” John Steinbeck may be right too!

Sleep allows time for your brain to repair itself and the rest of your body. Studies show that people who have adequate amounts of sleep also have higher test scores. During sleep, your brain essentially ‘cleans house’. Sleep helps the brain reorganize and prepare for the next day. The physical healing of wounds is expedited by sleep, and sleep strengthens the immune system in general. Rats deprived of sleep in experiments show distinctly inferior healing capacities, develop skin lesions, lose body mass, and are unable to maintain a stable body temperature, ultimately dying of sepsis or just “exhaustion”. If you do not get a sufficient amount of sleep, you may suffer from complications like this mice.

Accordingly, sleep is crucial for your health. Without sleep, your body cannot repair itself. Sleep is a period of time where important processes take place in the body. If the body cannot fulfill these processes, you will experience very negative side effects. These side effects include diabetes, obesity, and cardiovascular disease. In extreme cases of sleep deprivation, you can experience an increased risk for cancer. Women are put at risk for breast cancer, while men are at risk for prostate cancer. It is always better safe than sorry! Allow your body to repair and prepare!